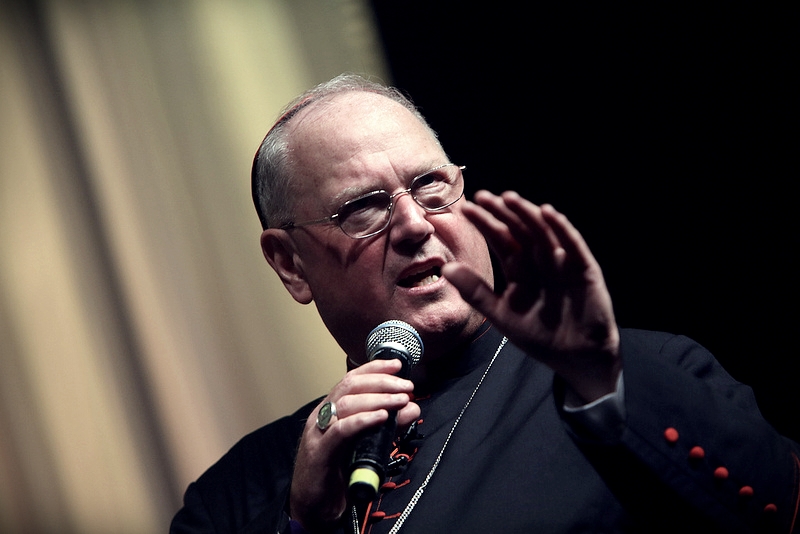 American elections have a certain sort of rhythm to them, with recognizable locales and set pieces. There’s the early February trips to icy New Hampshire leading into the long and bloody schedule of summer primaries. Things slow down by the time the conventions take place, with each party getting their chance in the spotlight more or less uncontested. Then comes the frantic tug-of-war that is the general election, with periodic spikes in activity as this or that bombshell revelation lands.

Late in October comes the Al Smith Dinner, a white-tie gala fundraiser for needy children hosted by the Roman Catholic archbishop of New York. Usually the dinner, falling as it does just a few weeks before Election Day, serves as a chance for the presidential candidates to put aside their rivalry, however fierce, and share a laugh as each is roasted by the other.

Hillary Clinton and Donald Trump do not like each other. They’ve stopped even pretending to like each other, a fact that’s been painfully obvious to anyone brave enough to have watched the three primetime debates. Clinton refused to shake Trump’s hand at both the second and third debates. Trump disgustedly called Clinton a “nasty woman” as she was speaking during the final debate, which was only moderately more civil than the promise he made to her during their second face-off to jail her if he was elected president. She has called half of his supporters “deplorables” and he has called her a “bigot.” To pretend that the animosity between these two candidates matches the conventional sort usually found between Republicans and Democrats is to stretch the limits of comparison to their breaking point.

When John McCain and Barack Obama met at the dinner in 2008—in the midst of a campaign widely acknowledged at the time to be one of the nastiest in living memory—they traded barbs and poked fun, but the mood never turned awkward. Both even made heartfelt mention of their respect and admiration for their opponent.

Not so at this year’s dinner. The laughter in the hall was the nervous chuckling of gallows humor; the jokes more thinly veiled attacks than good-natured ribbing. At times Trump seemingly abandoned all pretense to sarcasm and just started lobbing out lines that would have been more at home in a rally for his base than a lighthearted charity dinner with Manhattan’s 1% (Trump expressed amazement, for instance, that Hillary was there at all, since everyone knows she “hate[s] Catholics”). In a drastic break with convention, the crowd responded with boos.

The Catholic press has tried to claim the event as a win, with Christopher White at Crux suggesting the dinner shows how “even in the midst of contentiousness, the Catholic Church still has the ability to bring people together and offer hope and a better way of engaging the world.” I’m sorry, but by all reasonable accounts, the dinner was in fact a painfully awkward display of just how deeply unattractive our political process has become. Jokes were made, but no-one felt happy. Comedy connects with an audience to the extent it rings true. But after the all-too-visible acrimony of this campaign season, the idea that these two individuals retain an iota of goodwill towards each other is itself risible.

The accomplishment of the night was that things didn’t turn really ugly—that Trump didn’t totally launch off the handle, say, or that Hillary didn’t take the opportunity to engage in public finger-wagging. In other words, we were relieved that they acted like moderately civil adults. If that’s what currently counts as a win for political discourse in this country, then we have very little to laugh about indeed.