“Intermediate sanctions” against abuses of tax exemption, 25 years after their enactment 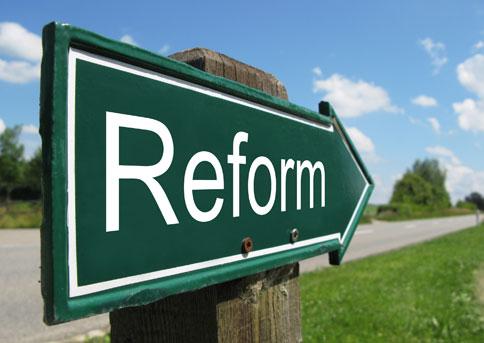 Looking back at a previous, successful attempt to reform the nonprofit sector, with the lawyer and author who literally wrote the book on it.

A little more than 25 years ago, on July 30, 1996, President Bill Clinton signed into law what was called the Taxpayer Bill of Rights. The law included new “intermediate sanctions,” in the form of excise taxes, against transactions in which tax-exempt, nonprofit organizations pay more than fair-market-value economic benefits to “disqualified persons” who are closely connected to the groups. The excise tax is levied on the disqualified person who benefits from the excess-benefit transaction.

The intermediate-sanctions rules apply to transactions of all groups categorized under Internal Revenue Code §§ 501(c)(3), (c)(4), and (c)(29), except for (c)(3) private foundations—which are separately subject to special, private-foundation “self-dealing” rules.

The history of intermediate sanctions should certainly be reviewed by those pursuing or considering any future reform of the tax-exempt sector.

According to Bruce R. Hopkins’ 2003 The Law of Intermediate Sanctions: A Guide for Nonprofits, “The law of intermediate sanctions represents the most dramatic and important package of federal tax law rules concerning tax-exempt organizations since Congress enacted the basic statutory scheme in this field in” the Tax Reform Act of 1969. Hopkins, a nationally prominent tax lawyer in Kansas City and a professor of practice at the University of Kansas School of Law, has authored a total of more than 40 books outlining the laws for tax-exempt organizations. Now, Hopkins said when we spoke earlier this month, “I’m not prepared to say that” intermediate-sanctions reform “is the single most-important reform since the 1969 act, but it is certainly right up there in my judgment. …

“But from my point of view,” according to Hopkins, the intermediate-sanctions “rules continue to be extremely important and extremely applicable to my practice, even though there’s not much reflection of them in IRS rulings or the case law.”

“The purpose of the law of intermediate sanctions is to prevent wrongdoing by persons who have a special relationship with many types of nonprofit, tax-exempt organizations, particularly charitable entities,” as Hopkins summarizes it in The Law of Intermediate Sanctions. “Before enactment of the intermediate sanctions rules, the Internal Revenue Service, when faced with one of these inappropriate transactions, had essentially two choices ….” These stark choices, he writes, were to: “1. Apply the private inurement doctrine or the private benefit doctrine and revoke the tax-exempt status of the organization;” or, “2. Ignore the matter (or perhaps informally attempt to influence the behavior of the parties involved on a going-forward basis).”

So framed, “From the standpoint of the IRS, these options were unsatisfactory,” by Hopkins’ telling in the book. “Consequently, the Department of the Treasury and the IRS urged Congress to enact the intermediate sanctions rules.

“Revocation of an organization’s tax-exempt status is often seen as a harsh punishment,” he continues.

Yet doing nothing can be untenable.

Intermediate sanctions are penalties imposed on the person or persons who engaged in the inappropriate transaction with the tax-exempt organization. The sanctions are considered intermediate because they are between the choices of revocation of tax-exempt status and inaction on the part of the IRS.

(All footnotes omitted; italics in original.)

Intermediate-sanctions reform, it seems fair to conclude, passed—unanimously—for at least two principal reasons: 1. because of its very “intermediacy;” and, 2. because the Treasury Department and IRS pressed for it. The unanimity for 1996’s intermediate-sanctions reform on the part of policymakers would be quite difficult to achieve for many now-proposed stark reforms. The main reasons for ’96’s reform don’t seem, at least not yet, as if they’d necessarily be applicable in the current political and policymaking context.

As for the first reason, “Technically, there really hasn’t been a parallel” to intermediate sanctions in proposed reforms, Hopkins told me when we spoke. While “there are is a tax” in the recently proposed Accelerating Charitable Efforts (ACE) Act,” for example, it “doesn’t really have an intermediate-sanctions flavor to it.”

Were one to wonder whether ACE might actually appropriately be characterized as non-starkly “intermediate,” Hopkins responds, “I guess it depends on what definition you want to give the word intermediate. That particular proposal is really an attempt to directly revise the tax law that pertains to donor-advised funds.”

As well, he adds,

it would add a great deal of complexity to the law and I think a great deal of confusion in the minds of donors. … I think it could have a big adverse impact on the whole donor-advised fund concept. It might not operate quite as dramatically as repeal—I doubt If we’ll ever see repeal, [though] these days you can never say never, but I doubt it—but I personally hope that legislation like this does not get enacted. I don’t think it would be in the best interest of philanthropy for that to occur.

Too soon to tell, plenty of time

Looking forward, “There may be some legislative reforms, but it really won’t be so much in the nature of intermediate sanctions,” according to Hopkins. “It’s too soon to tell. …

“It looks like there’s only going to be one or two tax bills between now and the end of the year, but who knows what’s going to be in them,” he continues. “They’re both huge and contain all sorts of things. It’s possible that something about the donor-advised funds will get slipped in. … It’s entirely possible that that the [ACE] bill will get added to one of the infrastructure bills before the year is out. But so far as far as I know,” that is unlikely. “But there’s still plenty of time.”

On issues related to what ACE attempts to address, “The exempt-organizations community is much more engaged than we’ve seen in the past,” Hopkins notes. “I’ve been very impressed with the way they have responded.”

As for the second reason for the past intermediate-sanctions reform—the government tax administrators’ desire for it—“When you get Treasury for something like that, that’s a huge force,” he also notes. Further looking forward, he says he thinks IRS administrators would actually like to get rid of the recent appropriations bills’ prohibitions against its actions to prevent certain political activities of nonprofits.

Further looking forward—as both progressive and populist-conservative critiques of big philanthropy and all nonprofitdom become harsher, and might soon overlap, including because of their less-hidden politicization—there might be much benefit in looking back to the reasoning underlying the success of intermediate-sanctions reform as described by Hopkins in The Law of Intermediate Sanctions.

However one might define and apply the concept of intermediacy, “Revocation of an organization’s tax-exempt status is often seen as a harsh punishment,” according to Hopkins. “Yet doing nothing can be untenable.”

Seriously and earnestly defining and applying the concept of “intermediacy” should perhaps be nearer the top of the “to-do” list for realist philanthropy reformers and allied or receptive policymakers in the contemporary context.